Brief History of The Company

Parent company of PT. Pudjiadi Prestige Tbk ("The Company"), the Jayakarta Group traces its origins to a small import/export trading company operating in Indonesia in 1952. Founder of the Jayakarta Group, Mr. Sjukur Pudjiadi, proved himself responsive to the challenges of a rapidly changing and growing Indonesian economy. He has guided this group until it had a business in hotel, real estate, contractor and others.

Property development, property management and contracting became the core business of the Company when it was established as a subsidiary company of the Jayakarta Group on September 11th, 1980 based on Notarial Deed No. 21 of Public Notary Magdalena Indriani Wiardi, SH dated September 11, 1980 and approved by the Minister of Justice of the Republic of Indonesia in decision letter No. Y.A.5/156/12 dated 26 Februari 1981; registered in Registry Book of Jakarta District Court No. 1193 dated April 3, 1981; and published in State Gazette of the Republic of Indonesia No. 84 dated October 20, 1981, supplement No. 831.

Until now, the Company has developed approximately 25 projects such as housing, apartments, shopping centers, shophouses and hotels spread over in several major cities in Indonesia. With its portfolio, the Company has gained the trust of the wider community for more than three decades and became one of a strong and trusted property company in Indonesia.

Business Activities Pursuant to Article 3 of the Company’s articles of association, its scope of business activities consist of:

The Company's shares listed for the first time at Bursa Efek Indonesia (formerly PT. Bursa Efek Jakarta) on November 18, 1994 with the total shares listed 26.000.000 shares with the nominal value of Rp. 1.000,- for each share and total premium on stocks amounting to Rp. 39 billion; 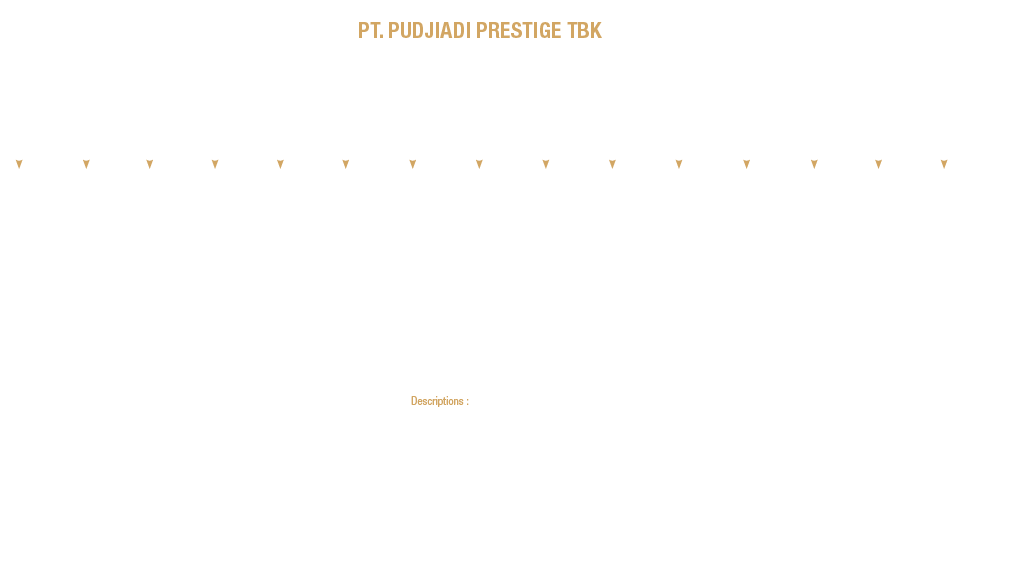 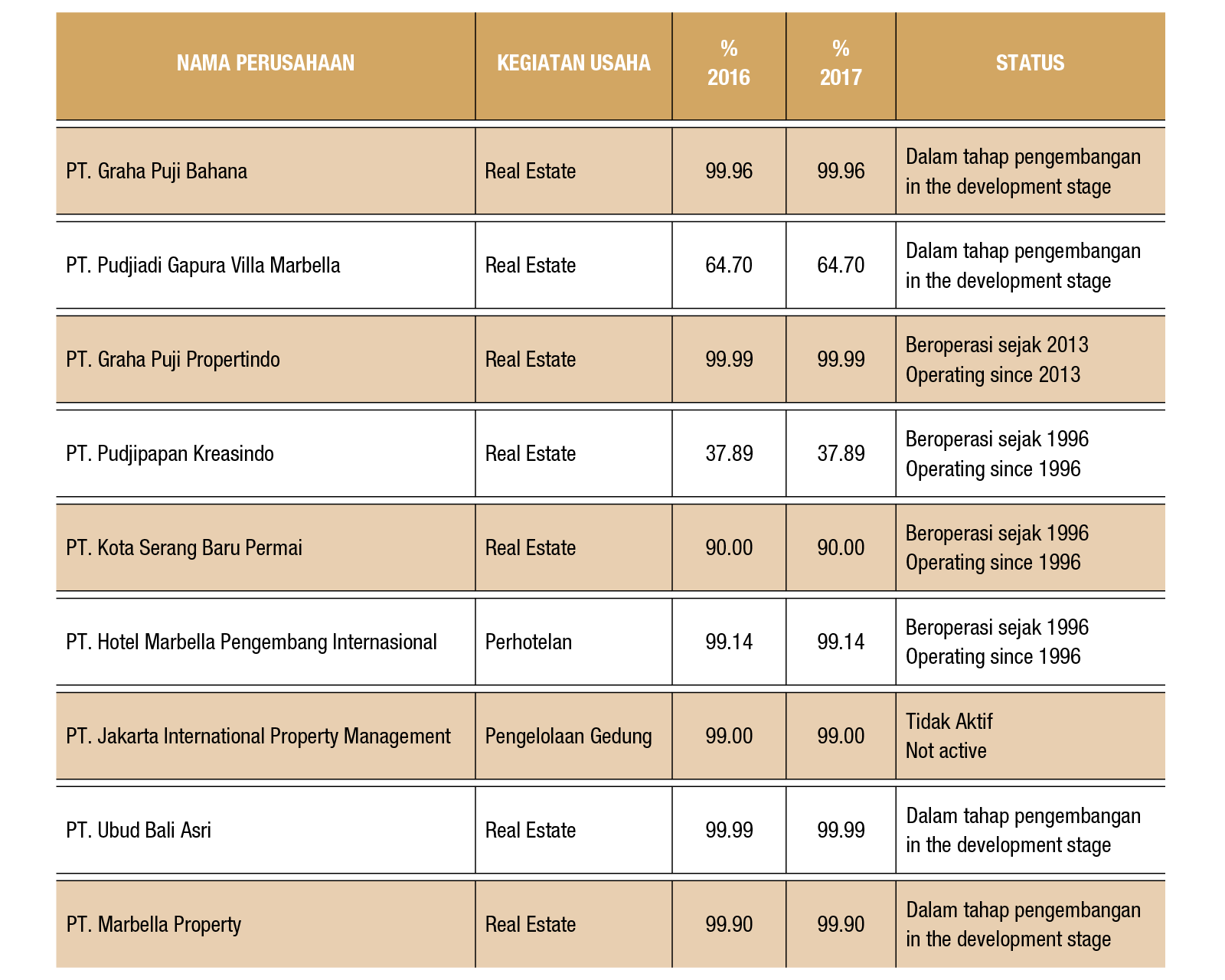