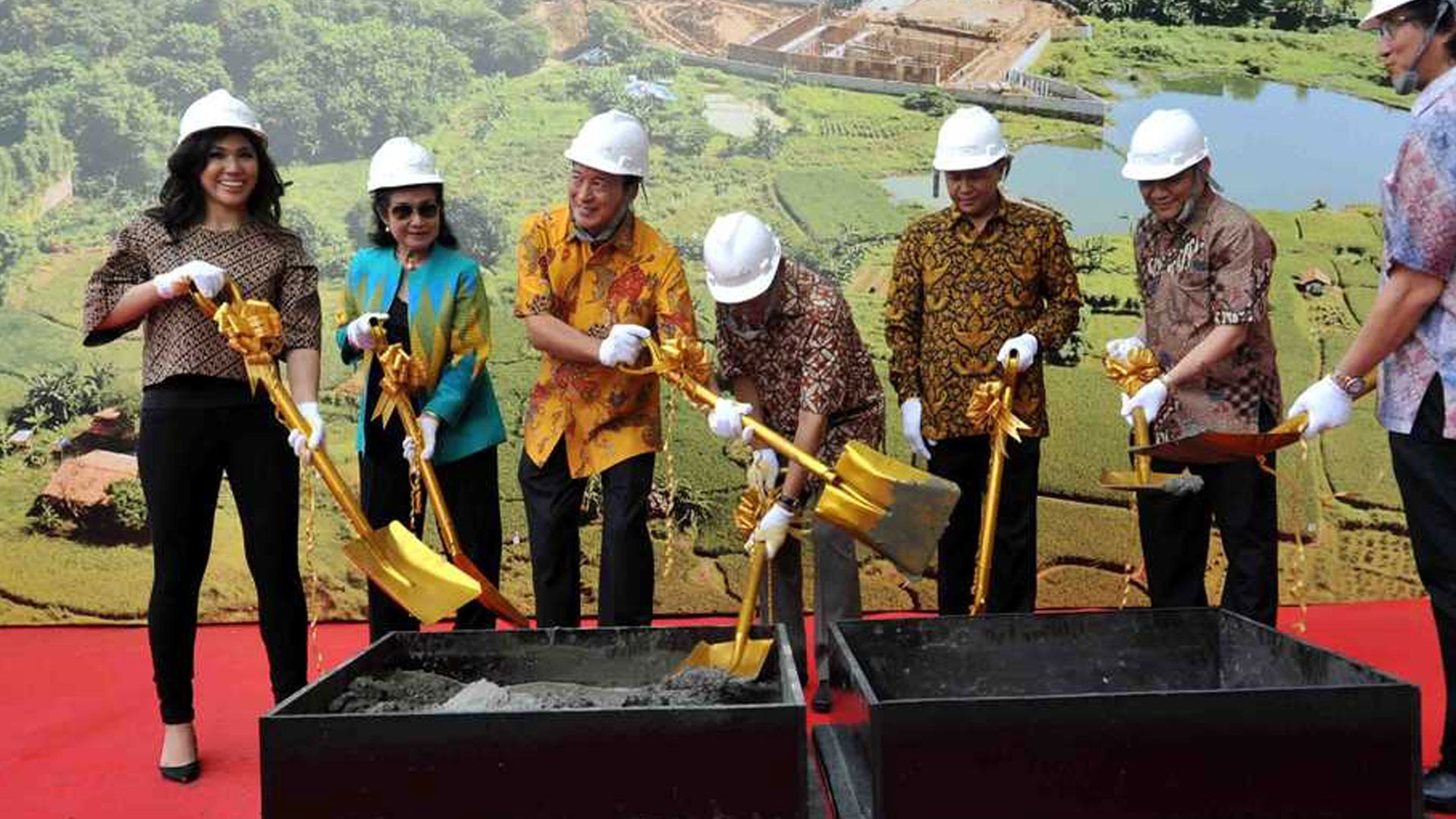 The owner of Green Palace Residence apartment units, Cikarang, will soon be able to occupy or lease them, after PT Pudjiadi Prestige Tbk. as the developer carried out the topping off procession, today, Saturday (3/19). It is targeted that the unit will begin in October 2016.

Since its launch in 2014, interested in apartments that target local and expatriate workers in the Cikarang industrial area are very high. Acacia Tower, which is the first tower has been sold out. While the second tower is labeled Banyan, currently 70% has been absorbed.

"The majority of buyers at Green Palace Residence are investors who reach 80%. They have enjoyed the benefits because of the 30% increase in prices. After that, investors can lease to workers in Cikarang who are still potential with rental rates of between $ 1,200 to $ 2,200 depending type, "said Director of PT Pudjiadi Prestige Tbk. Toto Sasetyo.

Toto said, Cikarang will continue to grow because it is one of the urban areas and is the largest industrial area at the moment. There are seven industrial areas in Cikarang, namely Jababeka, Bekasi Fajar, Delta Silicon (Lippo Cikarang), Delta Mas City, MM2100 Industrial Town, EJIP and BIIE (Hyundai).

"This is what drives Pudjiadi Prestige to develop Green Palace Residence apartments in Cikarang. With our experience, consumers will get property that is profitable and in accordance with the characteristics of the Cikarang industrial area," explained the President Director of PT Pudjiadi Prestige Tbk. Damian Pudjiadi.

Green Palace Residence Cikarang stands on an area of ​​25,000 m2 consisting of 3 towers with 1,300 apartments. Currently the units offered are in the Azelea Suites zone, Banyan Tower with prices ranging from Rp 300 million to Rp 600 million. The type sold starts from Studio Deluxe (22 m2) to Studio Suites (44 m2).

PT Pudjiadi Prestige Tbk. is under The Jayakarta Group that develops the hospitality business by building and managing hotels in a number of locations such as, Jakarta, Anyer, Bali, Lombok, Jogjakarta and Flores.

Jayakarta Group’s Commitment for Providing a COVID Free Environment and our Business Strategies amidst this Pandemic
The COVID-19 pandemic is changing how things are done everywhere...
Read More